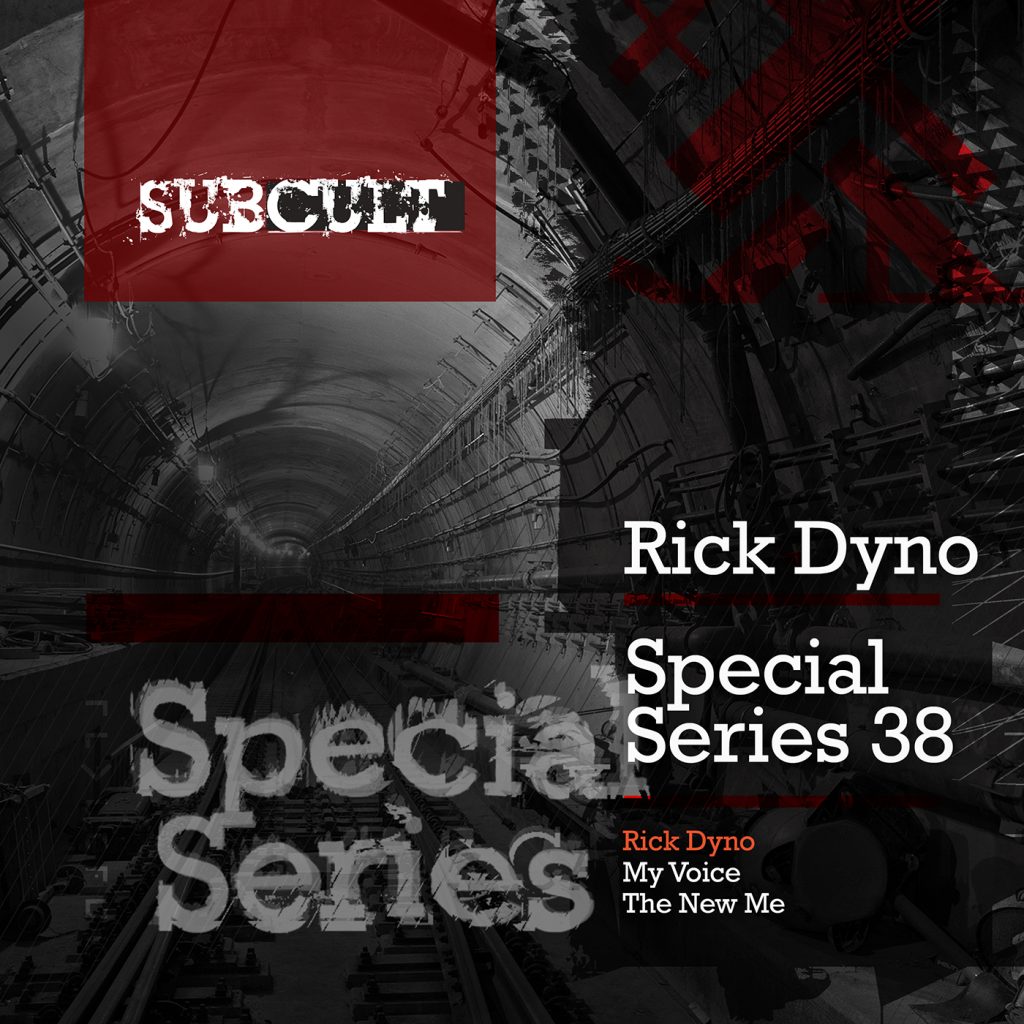 SUB CULT Special Series series brings you a spring record with none other than our veteran cultist – Rick Dyno.

His voice is heard clearly and recognised instantly in the opening track My Voice, which growls in a steady four to the floor, anticipating the development of dance elements. Several filtered and FX-ed stabs & chops of vocal bits start flying in and accentuate the flow of the track, while being underlined with a couple of synthy hooks to produce a solid, yet special groove.

The New Me makes a different turn into darker & harder territory, still branding some chopped vox work, while eerie pads set the mood for the tune. Branding frantic hats and a chord of those sweet old off-set analogue hits, the track moves around effortlessly and will surely move the bodies on the floor as well. Dynomite!